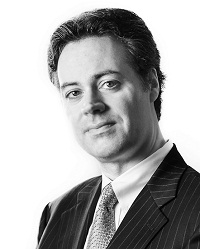 A. Joseph Warburton holds a shared appointment at Syracuse University, as Professor of Law at the College of Law and Professor of Finance at the Whitman School of Management.

Professor Warburton has published his research in leading law reviews and peer-reviewed journals, such as the Journal of Empirical Legal Studies and the Journal of Banking & Finance.  He has been invited to present his work at leading academic and policy venues including the American Finance Association and the Conference on Empirical Legal Studies, and his papers have been accepted (three times) to the prestigious Yale-Stanford-Harvard junior faculty forum.

His research has been cited in a number of Congressional hearings and White House reports and in publications such as the New York Times, Washington Post, and Bloomberg.  Professor Warburton’s research has attracted significant outside funding, including major research grants from the John Templeton Foundation and the World Bank.

Since joining Syracuse in 2009, Professor Warburton has held simultaneous appointments in the University’s law school and its business school (as Assistant, Associate, and Full Professor) with voting rights in each school.